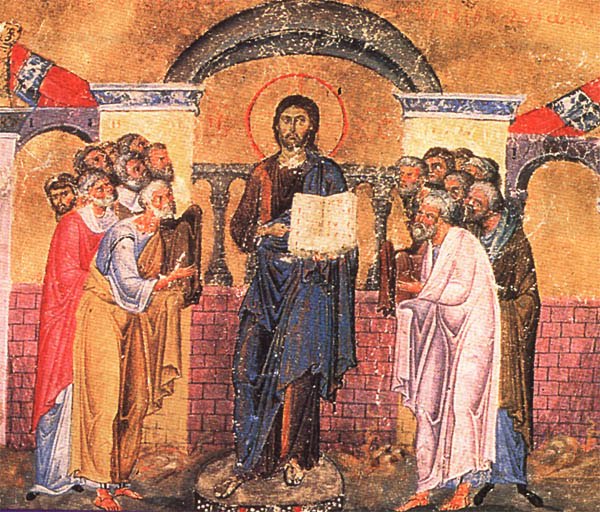 In Roman times, the calendar year began on September 1. The Jews also observed this day as the beginning of their civil year. After the First Ecumenical Council, Christians observed September 1 as New Year’s Day. Constantine the Great called it his day of taxation. September was the month of the harvest and an offering of the first fruits to God in thanksgiving. September 1, the time of this feast, is the day that Jesus chose to go into the synagogue in Nazareth and to read from the book of the Prophet Isaiah (61: 1-2) to announce His ministry at the age of thirty. The reading started with, “The Spirit of the Lord is upon Me; because He hath anointed Me to preach good tidings unto the meek.” September commemorates the victory of Constantine the Great over Maxentius, the enemy of Christianity, the result of which allowed Christians to confess their faith freely throughout the Roman Empire. September is believed to be the month that Moses led the Hebrews out of Egypt.

Taken from: 2006 Daily Lives, Miracles and Wisdom of the Saints and Fasting Calendar. Provided by the North American Board of Antiochian Women for distribution to local chapters like ours.

Learn more about the Ecclesiastical New Year on Antiochian.org at: http://www.antiochian.org/regulararticle/133.